Menu
Log in
Register
Install the app
You are using an out of date browser. It may not display this or other websites correctly.
You should upgrade or use an alternative browser.

No permission to download
Overview Reviews (6) History Discussion
The time tyrant Zeus seeks to conquer all. With an army of thugs, assassins, soldiers, ninja, and some of history's fiercest warlords on his side, no ordinary hero stands a chance. Good thing you aren't ordinary. Armed with an array of jaw cracking strikes, bone snapping slams, and awe inspring special techniques, you'll march through time itself to settle the score.

Don't just be a hero, be a world hero! 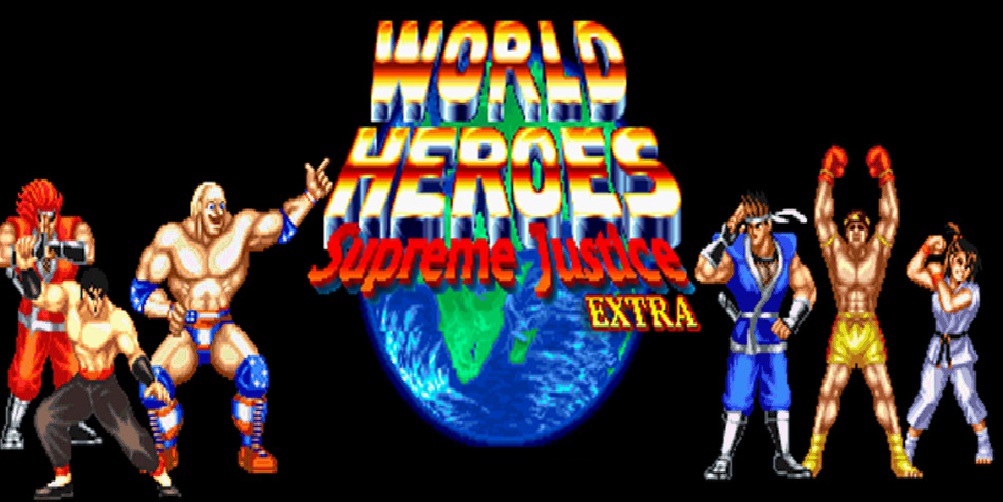 A close second favorite to maggas epic Double Dragon mod. This is to me what I wanted from World Heroes a 2d beat em up with the classic heroes of Hanzo, Fuuma, Kim Dragon, Muscle Power and more
Upvote 0 Downvote
It has the BEST grappling system out of all 2D beatemups I played, each character has multiple directional throws, and some have multiple throw combos and situational attacks. Just how I like my brawlers!

Check out other work by magggas, his OpenBOR games are the best. Especially for wrestling fans.
Upvote 0 Downvote
absolutely love it
Upvote 0 Downvote
Very classic work, perfect in every way, although I personally don't particularly like it yet
Upvote 0 Downvote
Almost Perfect (pun intended), and a blast to play. I’m a big fan of World Heroes and consider it the most underrated fighting series ever made. For the most part Supreme Justice does its source material proud and belongs on the top shelf of any OpenBOR collection. Awesome music, cool characters, cringe worthy moves, interesting traps, and ADKs colorfully unique art style are all here in full glory.

Yet fantastic as it is, there are some missed opportunities that hurt the experience. First, there’s really no rhyme or reason to anything. Some of the heroes are unplayable bosses just because, and a couple of others are completely left out. Fans of the series know Jack and Ryofu briefly worked for Zeus, but why are guys like Mudman and Brocken opposing you? None of this is explained at all, and there’s really no story to speak of. Kisarah is a great addition, and she fits perfectly, but I’d rather see all the main cast made playable first.

The game also tends to go off the rails a little and eschew the original character abilities for unrelated additions. Sometimes this works, like Muscle Power’s chain throws. Other times it falls flat. Fuuma is missing about a third of his original arsenal, instead having a new lunging kick that erroneously uses the Double Reppuzan vocalization. Hanzou lacks his trademark teleports. Everyone is missing their EX and Hero moves. Worst of all, every character now has the same tired old Final Fight breakaway special, with several of them using edits of dubious quality. This was a golden opportunity to bring in the ABC specials from Perfect.

Play for just a few moments and you’ll also discover some balance issues. It’s awesome to control characters who feel as powerful as they are, and for the most part difficulty is spot on. Unfortunately, everyone includes at least one abusive trick the enemies have absolutely no answer for. For example, Hanzou’s Ninpô Kuh Rin Kazan is completely invincible, does big damage and traverses the whole screen. There’s no energy reserve or other limiting factor, so when the challenge starts to ramp up you can just spam it until everything is dead. This also makes Koh Ryu Ha completely superfluous, as the whole point of that move is an invincible counterattack at the cost of leaving you open. I’d suggest toning down some of the invincibility frames on moves that are already powerful or never meant to have them, while also implementing an energy system. This would add some fair challenge without gimping the playable fighters.

One last complaint is the linear stage layout. The time travel aspect of World Heroes begs for an open world style stage select where defeated heroes are added to the roster.

Despite all these criticisms, Supreme Justice is supreme fun and a clinic in doing fan games right. Grab a friend and fire this one up, you won’t be disappointed.
Upvote 0 Downvote
An excellent classic by Maggas that defines what the engine is known for, this game lets you take several of the World Heroes for a spin through a series of levels laden with the traps the Deathmatch mode is known for. You can control characters from a core cast of five plus several additional characters, including Kisarah from Aggressors of Dark Kombat. In addition, several other World Heroes characters who aren't selectable put in roles as the game's bosses, such as Ryofu and Jack. That is to say, Erik, Rasputin, and Geegus don't appear even as minor enemies. Speaking of minor enemies, they don't display health bars, but have moderate amounts of health regardless, and they are derived from games like Fighter's History. It's a bit disappointing there's not many period-specific enemies in the game, but the variety one does get is nice.

Moves are performed using directional inputs, and interestingly punch and kick are separate. Players can also block and perform several jumping attacks, as well as run and perform a defensive special. Music is also taken from the World Heroes series, and I can say the movelists have been translated well. It's a moderately challenging experience, but you'll get the hang of it, especially with the training mode.
Upvote 0 Downvote
Read more…
Top Bottom